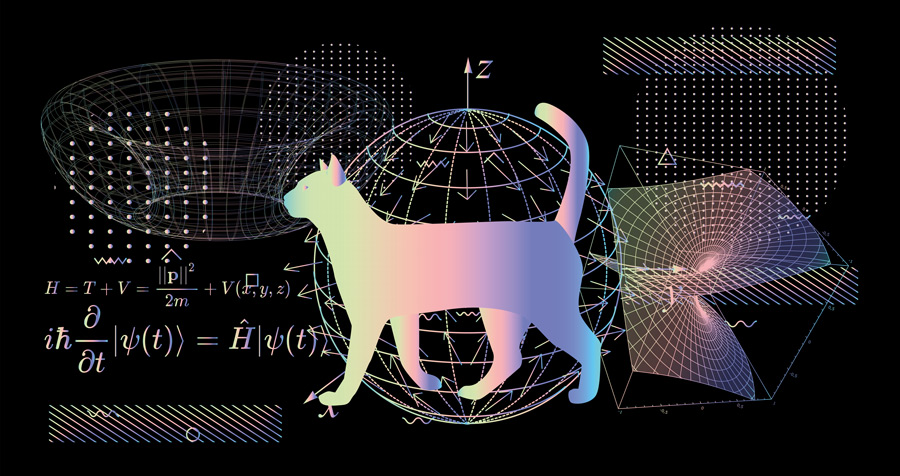 What does quantum physics actually exist for? Why is so much incredible money spent on it (by governments, not me)? In short, to find out how the material world really works, how everything we can observe, even the strangest things, can be explained.

On Wikipedia, the following can be read;

In physics, a quantum (plural quanta) is the minimum amount of a physical entity (physical property) involved in an interaction.

So quantum physics is apparently the search for the smallest physical particle that exists, which ultimately makes up everything. And that while that science is increasingly finding out (and partly seems to ignore) that matter does not actually exist but consists of energy with information.

The world of physics is looking for the theory of everything (TOE). That TOE is a theoretical model with which everything can be explained and predicted.

A theory of everything (TOE) is a hypothetical, singular, all-encompassing, coherent theoretical framework of physics that fully explains and connects all physical aspects of the universe.
Finding a theory of everything is one of the biggest unsolved problems in physics

So a TOE is a theoretical model, no more, no less. And apparently science has been unable to describe it to date. For example, the double-slit experiment, which I mentioned in an earlier post, cannot be explained by any of the available TOEs.

I can already hear you saying; “What are you getting at, Marc?”

Well, there is, in fact, a TOE. Physicist and consciousness researcher, author of “My Big TOE” and international lecturer, Thomas Campbell, describes the nature of our larger reality, provides a complete theory of consciousness, and explains our purpose and connection to that larger reality. In addition, he derives a more fundamental science that directly answers the most pressing problems and paradoxes of modern physics.

What is special about this model?

The model also really explains everything! Even the double-slit experiment. Only it is not picked up by established science. In itself, this is understandable. In order to compose this model, scientific research into consciousness was used, in addition to physical research. Established science appears to want to stay away from that.

With this theory of everything, the only possible conclusion is that we live in a virtual reality. If that’s not a total world view, I don’t know what is. That makes this model extremely special.

In the next few posts, I will write further about what consciousness is then and what it means to exist in a virtual reality. Not to mention, what you can gain from it as a human being.

Wisdom and Love to everyone.