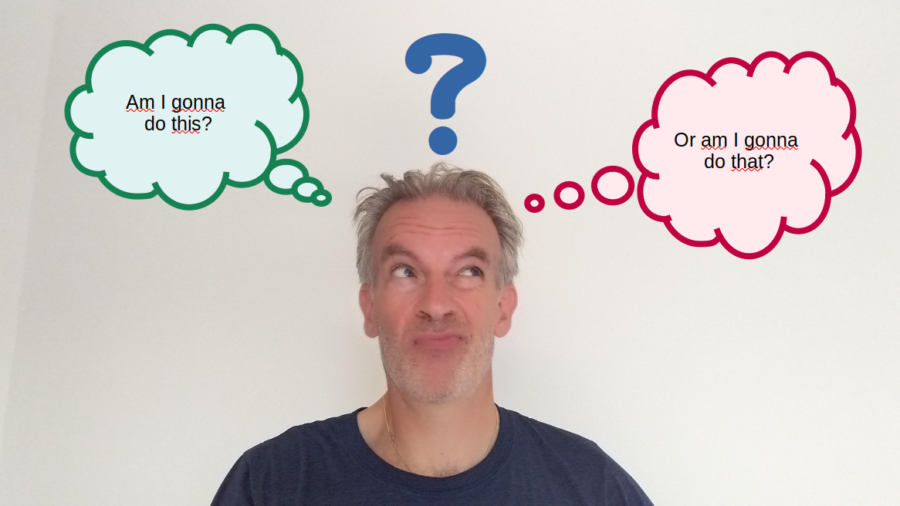 In the post from a few weeks ago; “In another state of consciousness“, I proposed an experiment to see in advance what a choice might result in, with the highest probability. This is a very different way of making choices than just doing the much thinking we have been taught to do.

In last week’s post, I suggested an experiment of already working with intention, or perhaps more accurately, playing with it. That which you are then trying to accomplish is to adjust the probability of what will happen. Imagine that you have a chance to be able to change the future, even if it is minimal. And that, as “My Big TOE” points out, can only be done with intention. It is more likely to change the probability of something if the intention is also entropy lowering. That’s a mouthful!

Is everything predestined or not?

If everything were predestined, that is, that the future is fixed for everything and everyone, then there is basically no point in paying attention to the choices you make. Why should you? The future is fixed, no escape. The choices you make have long been ‘known’, because your story has already been written. If you look at it this way, you are apparently a being that is taken along by your life story, without having any influence on it.

The new theory of everything called ‘My Big TOE‘, which I have mentioned several times, gives a very different explanation. One that I can agree with and that I have experienced myself.

In short, it comes down to this. The learning environment called virtual reality Earth continuously calculates what the most likely future is in the learning environment. And that information is stored. See the post “Virtual Reality Earth” from some time ago. That is also a possible explanation of why some people are able to have predictive dreams or images.

Just a reminder that this blog is about virtual reality Earth. A learning environment where individual consciousness units can have a learning experience. The human being is the avatar. See my previous post.

And consciousness is here to learn. If it cannot choose, it logically cannot learn. So if the future is fixed and choices have no impact, consciousness cannot learn. Because it learns from the consequences of the choice this it made, so that it can learn to make better choices.

So if existence as a human being has meaning, it logically implies that there must be freedom of choice, free will.

That’s one way of looking at it.

Indeed, we don’t have the ability when we want something, as if by magic, to change everything in our life. That is what life shows us. Would we learn from that as consciousness if we did?

We can make a choice in this reality within a certain space and within that choice space we have free choice. And that free choice bandwidth consists of the choices that we see ourselves making that are possible. That varies from person to person.

And, the lower the entropy of consciousness, the greater that choice space is.

As written earlier, the goal of consciousness is to lower entropy. High entropy is chaos; so is fear and a me-too attitude. Low entropy is care for others, compassion and love.

Evaluating the results of previously made choices allows you to change future choices. You are free to choose whether, or how, you would like to do that. And that is freedom of choice, or in other words, free will.

With conscious intention we can adjust the data of the future and associated probabilities of virtual reality. This is an almost information technological way of saying that we can adjust the future. In itself, this is not so strange because the phrase “virtual reality” has become a familiar one because of the developments in the computer world. And we are talking about virtual reality earth.
We can’t turn over the whole data storage, we can change the probability of some things. The experiment last time was also about that. The more people we do this with at the same time, the more effect it will have.

Of course, it’s a choice to experiment with this.

This is an experiment that you can do with several people at once. Then it will work even better, much better. First because it’s easier to be in the meditative state with a group, second because the joint intention is stronger and not to forget, third, that you are doing it for another, you are helping others.

What do you want to see different in your life? Regarding relationship, work, home or health. Whatever. Experiment with it however you want.

The description will assume a group. It is helpful if one of the group members takes the lead, the guide, and that a time period is agreed upon.

Lots of fun with the experiment!

For example, there is “The Power of Eight” by Lynne McTaggart (see the video below). The explanation and background is different, but it works with intention and its purpose is to change the future. The experiences are startling, I have understood and heard directly from participants. And this way I don’t have to explain it myself.

The next post I’m going to talk about the phases an avatar goes through in life. It makes sense to start at the birth of a baby, but I’m not going to do that. I’m going to start with the adult phase of the avatar.