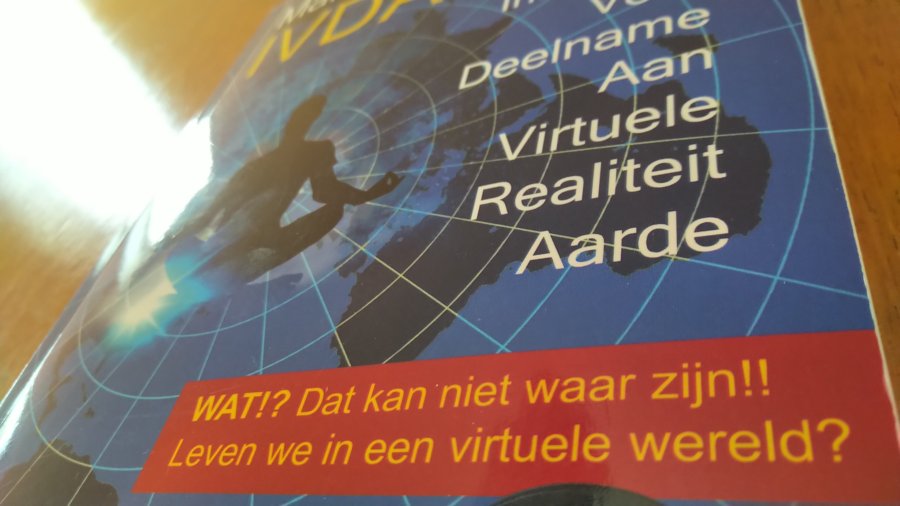 As indicated in the previous post (“Evolving and virtual reality“), I will now talk about what a virtual reality actually is. What components does it consist of so that it can provide a consistent experience. The only reason the metaphor virtual reality can be talked about is because virtual gaming has become commonplace since the last few years. Before that, people did talk about, “the world is an illusion” and “matter doesn’t exist, it’s just energy with information”, but how could that be understood?

And of course, I’m going to indicate more how you could experiment with that! In this post, the “experiment” part describes what will be the starting point for the next experiments. Now it is really important to have had practice with meditation. In this first experiment, the goal is to achieve “point consciousness”. This is a very important step in my opinion, only in consciousness can you verify that the theory, the model, is correct.

And gosh! How much the world view will then be able to change.

I wish you much reading pleasure!

A virtual reality simulates an environment through a computer to immerse a user through various senses in an appearance experience that is different from where you are. Virtual does not mean really existing, but it seems real.

What do you need for a virtual reality environment?

The analogy of the computer, monitor, headphones, microphone, keyboard, mouse and controllers in a child’s bedroom is obvious, I suppose. In no time at all, virtual reality goggles will also be lying around everywhere.

The players exist in the same environment, in the same “domain of existence” as where the computer is. Those who participate in a virtual reality game experience the simulation through the information exchange between player and computer. So the screen, the headphones and the controllers.

So where is this simulated world?

For example, if you play “World of Warcraft” and you are an elf there with magical powers, you know exactly where you need to be to take certain actions. How to earn points, how to go somewhere through a portal, where your clan is and so on.

But that world, that virtual world of “World of Warcraft,” where you know exactly where to go, it really doesn’t exist as reality at all. It ultimately exists only in the minds of the players.

How did it get into those heads? Well, simple! Through the experience of the players using the screen and sound as a flow of information to those players, and that flow of information was consistent. That consistency is important, because if roads, houses, trees that you’ve encountered are all no longer there when you revisit the same place, then it’s basically an impossible game to acquire things there, meet up with other elves or dwarves, and even learn.

That’s exactly what that data storage is for. That the simulation program knows what to render for a player, when that player comes back to the same place. What needs to be shown for that one specific player on his screen and what sounds go with it, so that the experience for that player remains consistent. The program along with the data in the data store just generate the flow of information to the individual players. So that’s all it does. Ultimately, that simulated reality only exists in the mind of the player.

Take a glass of water. Sit down for a moment. Let it sink in. I don’t want you to believe me at all. We’re going to experiment! In any case, if you want to. It’s a model of reality, which you could go and verify.

I have not yet described why this is an experiment of interest, but that will follow and become apparent later.

The next post will go even further about what this means for you as a human being, that we exist as participants of the virtual reality Earth.